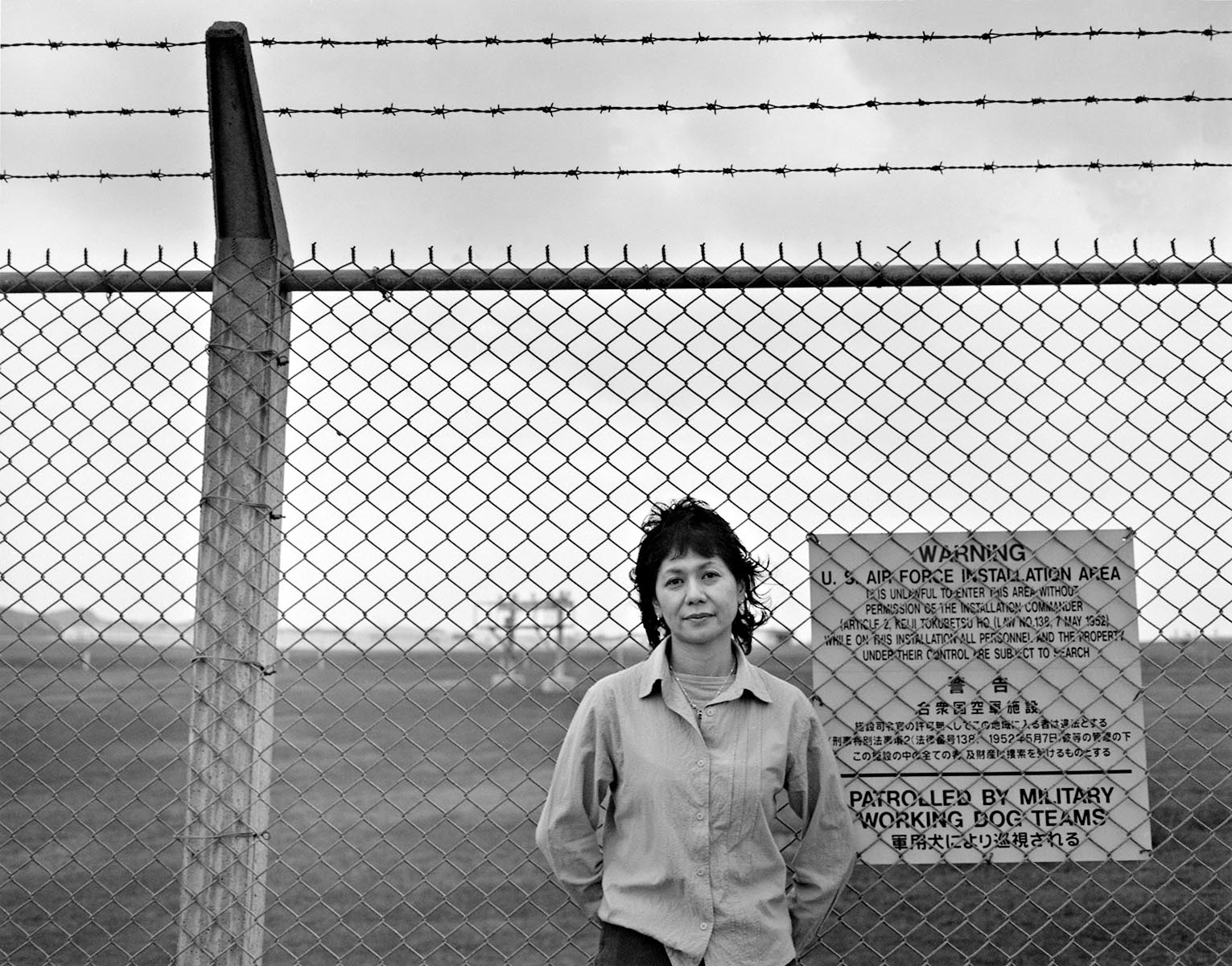 I have recalled something after spending time with Laurie, and having been the object of her camera.

In 1972, Okinawa completed “returning to the mainland.” I was in elementary school. My memory of my elementary school has been dyed with the color of the “activity to return” issue, the U.S. military base.

I was living in Koza-city (now Okinawa-city), which is surrounded by the U.S. military base. The schools were closed when the teachers went on strike to oppose the U.S. military. The people who were working for the military just before the return of Okinawa to the mainland had to find new lives.

Teachers, sometimes passionately and sometimes impassively, talked about the needlessness of the U.S. military in front of many children who had U.S. soldier parents or parents who were working for the military. They had us make the Rising Sun, the national flag of Japan, in arts and crafts class, and had us wave the flags we made during the demonstration to return Okinawa to Japan.

When we marched on the streets, the seniors were shouting “Return Okinawa!”

“Return Okinawa?” … from who to whom? Isn’t Okinawa already here?

After the demonstration, I asked one of the seniors who was marching on the streets, “To whom is Okinawa to be returned?”

“Then are we going to be Japanese?”

“Because we are Okinawan now?”

“ There is no Okinawan.”

“…Hmm, then how can we become Japanese?”

“ By completing the return.”

“So we become Japanese after the return?”

“Then who will be making us Japanese?”

Since Laurie and I ate a meal and talked together, and since she pointed her camera at me, I have recalled things I had forgotten.

The question: who made me Japanese?

The presence of my vague self, living in an undefinable, ambiguous area.

Also, the sense that it is nice existing in ambiguity.

A year after the return, I went to a school in Osaka. I couldn’t share a common memory of early childhood with my classmate, We couldn’t have a natural conversation on the subject of sweets or a price, because I had used dollars. (Actually, I had used cents more, as I was a child.) I ate Campbell’s canned soup almost every day, as my mom was a lazy cook. My friend seemed to think the canned soup that was made in a foreign country was luxurious and cool.

For about eight years or so, after the return, I cheered the U.S.A. at the Olympics. I noticed this the first time when my dormitory roommate pointed it out.

Laurie and I talked about gender, our cats, the era, the ethnic sense of value, and those matters that flow in a conversation. It was very delightful. She patiently listened to my poor English. Also, she laughed with me many times.

She has the power to pull out potential by pointing her camera. As Laurie left Okinawa, I was able to see my past from a new point of view.